On the 10th of November 19 pupils from year 8 spent the day at the University of Central Lancashire (UCLAN). The programme was run at the young scientist centre where all pupils became part of a research team. Pupils took part in scientific research aimed at proving whether or not there is life on Mars and what the possibility for this is.  The pupils were split into subgroups and were allocated a field of research to explore on the planet Mars. All pupils did a fantastic job at programming their personal Mars rovers and were able to successfully traverse the Mars surface and collect samples to then study.

After lunch each group performed a separate experiment with their sample. Collectively their experiments were aimed at providing evidence for whether or not there could be life on Mars. Using their samples they looked at the pH levels, nitrate levels, microbe levels and how water coped with exposure to the fluctuating temperatures of that on Mars.

By comparing their results the pupils came to the conclusion that if all of the criteria’s were met, then Mars could sustain life.

Pupils throughout the day presented fantastic behaviour and were inquisitive throughout their trip. They all came away from the experience curious to learn more about the possibility for life on mars and the potential for careers in space science. 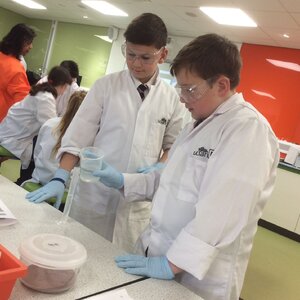 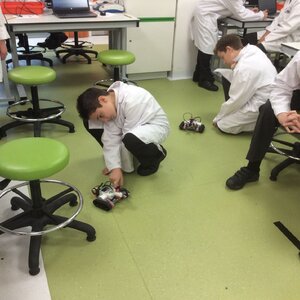